Be is resolved… healthy celebrations.

Be is resolved… healthy celebrations.

In December when it’s so dark and cold, I am grateful for the holidays, for people coming together, for celebrating.
And of course when family and friends get together, we eat. Fortunately many of us in Canada, have the blessing of having enough food to share, and inevitably at most gatherings I was at this holiday season there is more food than can possibly be consumed at that one event.

This year though I couldn’t help but wonder, what’s the deal with social gatherings, holidays, celebrations and sugar? Why has one come to include the other? Have we become so marketed to that we don’t believe you can have a holiday party that isn’t laden with sweets? Or is it something more biological? Linked to our ancestry?

If we look back over 300 years ago, sugar would have been scarcely found in our diets. Until the middle of the 18th century sugar was a highly valuable commodity, inaccessible for most. In the late 18th century with the development of sugar plantations in the West Indies the production and trade of sugar grew and became more available and affordable.

It is believed that 15 million years ago during a time of global cooling a mutation occurred that increased apelike creatures sensitivity to fructose so that even small amounts were stored as fat. This adaptation was a survival mechanism: Eat fructose and decrease the likelihood you will starve to death.

In our brains, sugar stimulates the “feel-good” chemical dopamine. This euphoric response made sense for our ancestors if they ate sugar, they would be more likely to survive.

The problem is that the opposite is now true. The more sugar we consume, the more likely it is to shorten our lifespans. But evolution hasn’t caught up with the food industry.

The film FedUp launched in 2014 highlights the extreme problems that sugar consumption is causing in North American society. 80% of foodstuffs available in grocery stores have added sugar. Future predictions have 1 in 3 Americans having Diabetes. Sugar has been compared to cocaine in terms of its addictive nature.

So, after a holiday full of sugar-laden celebrations I am taking on the challenge to host and attend celebrations this year without refined sugar in my offering. Clementines and a veggie plate with hummus were offered for our New Years party. It was still a celebration! 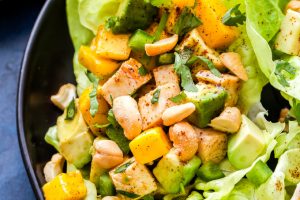 The Meal Kit Concept is great, someone else thinks of[...] 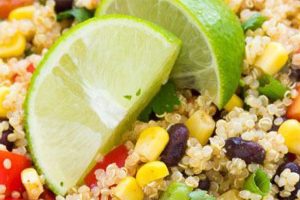 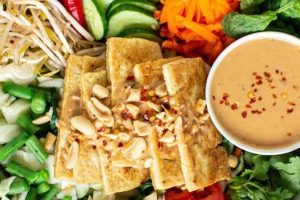 Easter Chocolate, delivered, by you know who?

The Easter Bunny?  Ah, we tell our kids such funny stories,...

Eating healthy on a budget!?

Feelin’ the pinch of inflation, we get it. We are too!...

“If we could see the miracle of a single flower clearly...

I had that moment yesterday, while driving my son to hockey,...

It’s snowing(!) as I write this! According to World Atlas,...

We're not around right now. But you can send us an email and we'll get back to you, asap.

Fresh Local and Organic food delivered to your home or office. Sign Up Now